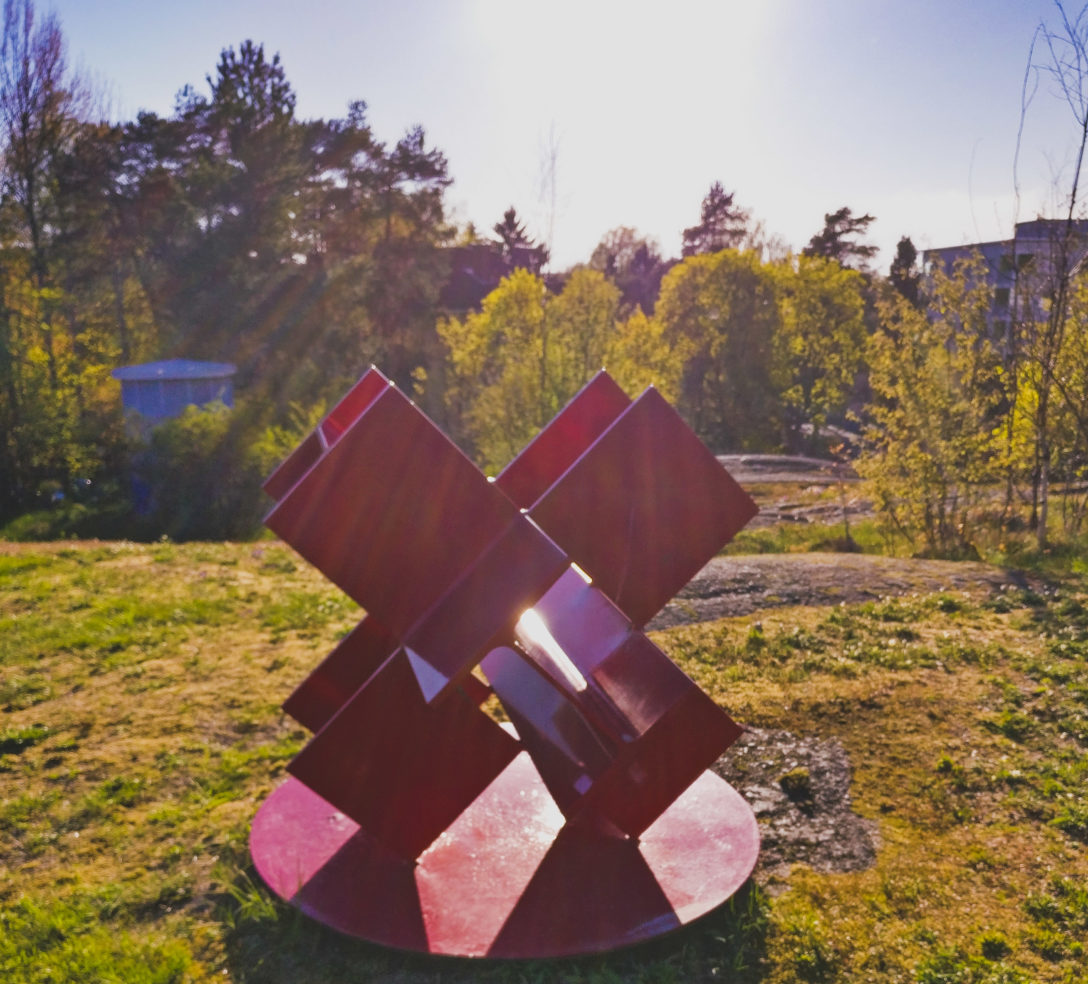 I was going to tell about training, but as several people around me are going through a rough patch, myself included, I thought it was time for a #submitthestigma soap box. If you are struggling with your mental health, especially with anxiety, and wonder how to fit BJJ around that, here is my limited experience as a stripeless white belt. There are also some shout-outs at the bottom for awesome people dealing with the topic.

Miracles Are Most Likely Simplifications

The fitness/wellbeing community and the stories circulated from it to different media outlets are full of privileged people offering easy solutions. Are you depressed, anxious, overworked and stressed, grieving a death, suffering from chronic pain or PTSD? Well this form of exercise/eating clean is going to sort that right out! This notion is not only often untrue, but dangerous. If your only treatment options for a genuine mental disorder are diet, exercise and sleep, I’ve got news for you: it’s probably not gonna work a 100 per cent.

Someone with an obsessive-compulsive disorder may use exercise as a form of drug-free treatment – or their daily workouts can be another way for their disorder to manifest itself. Especially in a combat sport like BJJ, where the more you train, the tougher you are often thought as, and where people need to train a buttload to actually get any good. Or someone with an anxiety disorder may escape their painful feelings in the grind of sparring, where abstract perils become a more primeval and easily managed low-stakes excitement.

I am not a psychological or medical professional, but I have been dealing with chronic anxiety officially since 2010, unofficially I’ve probably been anxious since childhood. It’s not all I am, nor does it define my identity much, but I have had a mental illness far longer than I’ve been, for example, a brain tumour patient. This is why I want to jot down the following list on what to perhaps expect as an anxious BJJ practitioner. 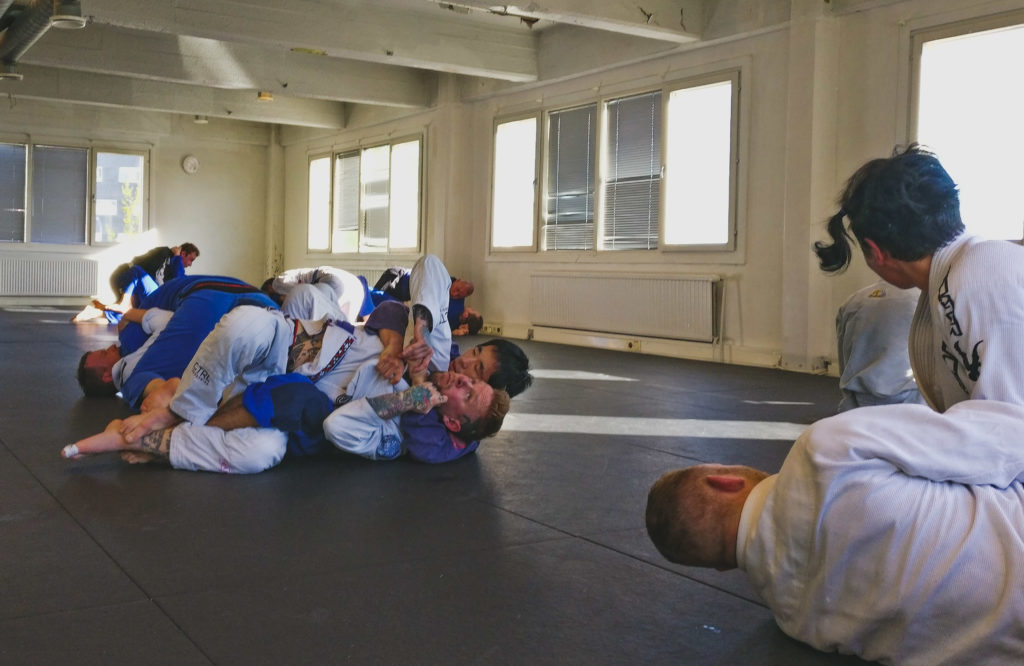 1. Most people in the world will never have the guts (or lack of self-preservation) to try a combat sport. You are already a champion for even turning up the first time. If you turn up for the second time and keep going regularly, you are already one sort of a winner.

2. “Jiu-Jitsu Saved My Life” is a Lovely Sentiment, But Don’t Get Your Hopes Up.
Maybe your anxiety will disappear and never return once you start doing BJJ. It might just as likely remain a part of you that BJJ can help you deal with. As a minimum requirement, a hobby should be somewhat fun most of the time. If that is “all” BJJ ends up doing for you, it might be enough.

3. BJJ People Are Often Socially Distant In the Beginning. It’s Not Your Fault.
BJJ has a high turnover rate, with many people trying the activity for a while and then moving on with their lives. More could probably be done about making people stay. Anyway, if other practitioners are giving you the cold shoulder, it might be 1) weird gym dynamics 2) them waiting if you will stick around. It’s not happening because they find you personally weird.

4. Most People in Class Are Not There to Laugh at You.
Most people are there to learn, and the majority of coloured belts especially are willing to offer their knowledge if you consult them. BJJ is so difficult that every practitioner will struggle with some aspect of it even after years. Training partners are probably concentrating on their own game, not on your shortcomings, if you’re not actually posing a physical danger to others or yourself when you train.

5. You are Allowed to Fail, But Don’t Always Take the Easiest Way Out.
“Easy” is an adjective rarely attributed to BJJ. It’s going to be difficult for everyone, many, many times. If BJJ becomes really  important to you, you will probably experience frustration in how much you supposedly suck. It’s fine. You are allowed to be bad at jiu-jitsu. On the other hand, if you have aspirations of getting better at BJJ, you are allowed to want that too. If some part of going past your comfort zone feels uncomfortable, you can try what happens if you actually face that scary thing every once in a while.

6. You are Entitled to a Safe and Constructive Training Environment.
It’s not softness to want to train in a friendly space where everyone respects one another. If you know you can’t learn under that one sarcastic instructor, you don’t need to go to their classes. If you don’t like the culture of the first gym you signed up for, you are allowed to switch gyms. If a training partner is going from submission to submission, you can give them feedback (I had to be taught this by another white belt.) You are not broken for having boundaries.

7. IT’S OKAY TO TAKE BREAKS AND IT’S OKAY TO QUIT!
If rest of life is overwhelming, you do not need to go to classes. For some anxious people, their hobby keeps them afloat during tough times. Others need to lay low for a bit, and that is okay. And if BJJ wasn’t your thing anyway? No-one important is going to care if you quit completely. You can continue again after a year, or two, or five.

8. Put your Health First. Or Don’t, But Be Aware of the Consequences.
Don’t train when you’re ill or injured. Or if you train when injured, try to figure out how to train without causing further injuries. DON’T QUIT ANY MEDS OR THERAPY YOU ARE ON WITHOUT TALKING TO A HEALTH PROFESSIONAL FIRST.

9. Be Good to Your Fellow Grapplers
Even if you feel like crap, try to be a considerate training partner. Thank people, don’t take your frustrations out on them, respect their bodIES and their feelings.

10. Explore Stories of Other People Dealing With the Same Issue. Link Time:
Chewjitsu a.k.a. Nick Albin, is a BJJ black belt, gym owner, YouTuber and podcaster from Kentucky, who while also sharing techniques, stands out as a resource for dealing with the emotional side of Brazilian Jiu-Jitsu. This post of mine actually sprung forth of Chewie answering a viewer question about BJJ and depression. His other videos are worth checking out, too.

#submitthestigma is a non-profit offering support, education and discussion on people with mental illnesses in the jiu-jitsu community.

Good luck and roll on. BJJ might not cure your mind. But it might still be a great asset to your life.