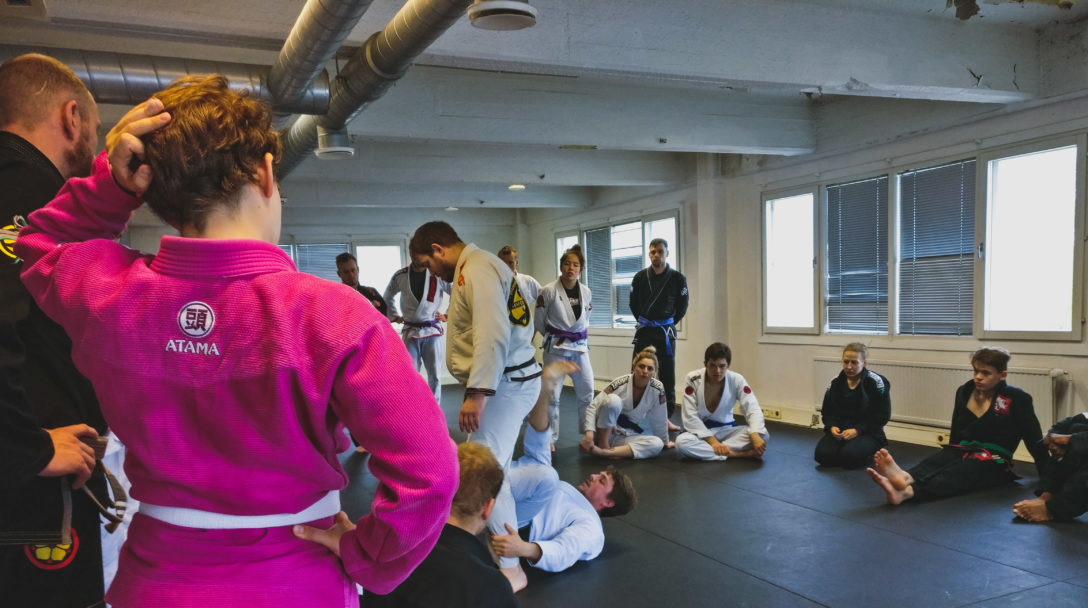 I had technically attended one jiu-jitsu seminar already, when big deal Demian Maia visited my gym in March. That seminar I attended from the sidelines, recovering from a respiratory infection. But now I have attended a seminar where I actually got to do stuff! May 2019 namely brought round Norwegian Espen Mathiesen, who taught knee slides, reverse De La Riva techniques, and the fact that Sohvi (me) sucks at spinning on their back.

Notes from a seminar weekend