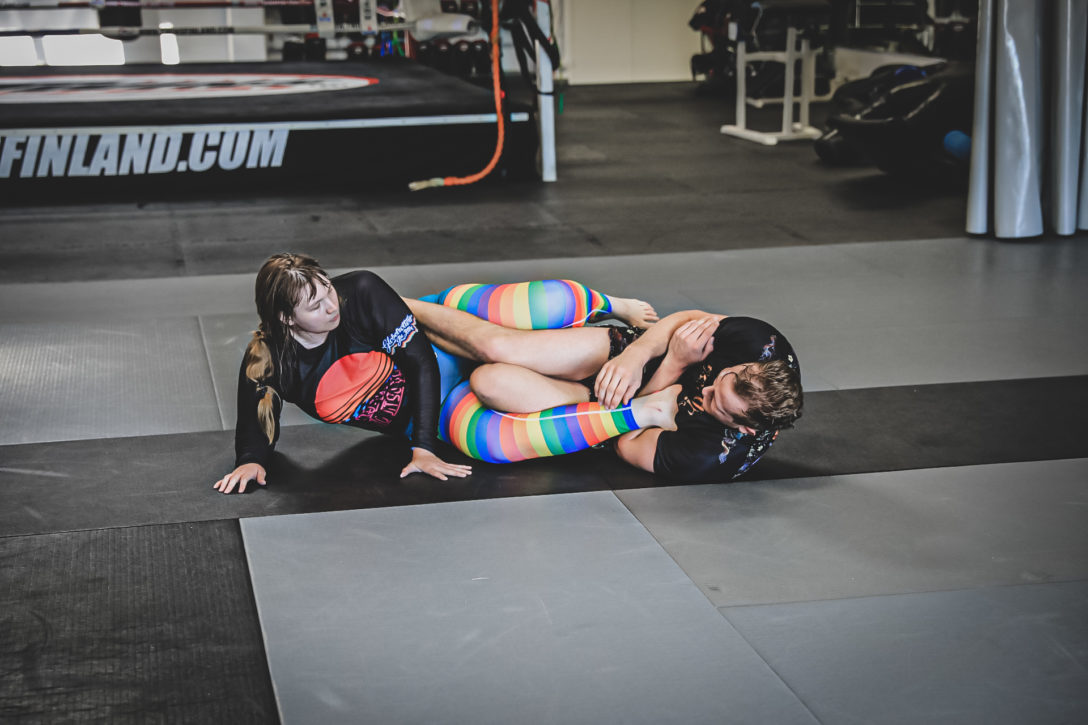 After almost four years, I still understand very little of everything Brazilian Jiu-Jitsu has to offer. This year, one aspect finally fell into place: there is often a reason why a technique doesn’t work. Or several reasons. I want to tell you a bit about my lack of reliable guard passes and what I’ve learned since deciding to do something about it.

The ingress might amuse some of you. Of course you must change something if you cannot get an intended technique to work. Well, yeah, maybe I just have a very long fuse. However, it took me a while not only to realise many of my passing attempts suffered from identical shortcomings, but also to understand I’ve never properly developed good passing practices. It’s hard to fix what you don’t know.

The trouble with worthy opponents

In August, I attended a Heavyweight Camp at Total Center Lahti. The turnout was exactly like I had expected: a bunch of impressive masculine-presenting individuals and me. The technique sections focused mostly on open guard passing. What I took away from that weekend was that I’m so, so horrible at passing guard, much worse than I ever had understood. Unlike you might assume, that was not disheartening news.

I’m big, I would be an ultra-heavy weight even if I competed in male divisions. I TRY not to use my size unfairly to my advantage in sparring and have been known to lose in competitions to people 30 kilos lighter than me. (Here I like to remind everyone that size is only one factor. My disadvantages – slowness, my spinal cord injury and general lack of BJJ skillz are also part of what make me me.) However, with frequently sparring against people smaller than you, it can be harder to stop bad habits from forming. Without me realising it, for years my guard passing had relied mostly on pinning a smaller person to the ground and crawling over them, or running around an opponent too tired or nonchalant to re-guard. I’d spent much of my mat time fixing my side control escapes and open guard, especially since I returned to training after breaking my ankle and had to start more rounds from my bum. Not extending the same diligence to passing, I had gotten away with some really flimsy work. Until the camp.

Finally faced with a room of only people my size or larger (many of them also stronger), it was easy to see shortcomings. Well, it wasn’t easy to me, but I was paired up with individuals who understood passing concepts a lot better than me. There was simply too much to fix, and as instructors also had other things to do aside of attending to me, I was glad I ended up with partners who had knowledge they could share.

“You’re too much on the balls of your feet, making this way too difficult for yourself. Go on tiptoes.”

“You’re cutting corners again. Take the sidesteps before trying to force yourself past your opponent’s guard.”

“I think we got every element in the right direction. Now the next step is trying to tie all of them together”, said the friendly bloke from Turku with whom I blundered my way through Jesse Vuorio’s class at the camp. Jesse does not teach very complicated techniques as far as I have witnessed, but I still managed to commit many, many errors in fairly simple sequences.

“You should lean on me, if we were actually sparring, you wouldn’t get far with such a light touch”, Sunday’s partner pointed out after a multitude of wrong turns and bad takes trying to execute a pretty standard knee slide for no-gi.

I went home determined to get better at passing this Autumn.

A short collection of passing facts

“It can be harder for us bigger people to progress, ironically. We can get away with bad technique sometimes and that ends holding us back”, Coach said to me once, and that does make sense to a degree. After deciding to improve my passing two months ago, I can’t yet claim massive benefits to my game. But something has already shifted in my understanding: I’m able to retain information about passing a lot better than before. Here’s a nerdy collection of some of the snippets that I’ve managed to catalogue under a metaphorical Guard Passing Wiki in my brain.

By which we come back to the title of this article. If a position feels difficult, it’s likely I haven’t tried all possible variations to it, or I’m not thinking far enough ahead. Luckily passing open guard has been the topic of fundamentals classes these past few weeks, so I’ve got a lot of time to drill pretty basic passes.

Now you might be waiting to hear how much my passing has improved since I decided to work on it. Umh, not really yet. A training partner did claim I passed her guard with a leg drag pass I don’t remember performing the other day, but otherwise I still mostly end up in tangle of limbs I can’t do anything with. Also, let’s not forget the time I rolled with Coach and he leg pressed using me 4 times in 5 minutes, to teach me a lesson about where to keep my centre of gravity. (Hint: not hunched over Coach.) I still have the most success with unelegant smash passes.

But you know what? After I decided I need to work harder on my side control escapes in the Spring, it took me months and months of misery before I managed to fix my mindset around that position. I’m still not immune to a good side control, but I’ve found a place where I try harder not to let the other person reach optimal pressure and have started experimenting with some new escapes. I want to believe if I try really hard and have a few passing techniques to focus on, there will be improvements with time. Will keep you posted.

Something also happened after 3 years: I received 2 more stripes on my belt. In a way, it’s just pieces of tape. And yet, I’d been a one-stripe white belt for so very long that the occasion was very momentous. It’s nice to know Coach feels I’ve improved, especially when I’ve frequently still felt like I’m stagnating or even regressing. My training partner Otso got a blue belt the day I received my stripes, that also warmed my heart.

The other day I said that in a sport that can get serious about gear and accessorising, it’s sweet that no-one has commodified stripe materials, at least not to my knowledge. They are still just pieces of sports tape, and it’s left to the practitioner’s own discretion how to fortify them. I’ve heard of both a sewing machine an textile glue being employed.

My stripes are just cheap tape and come off in almost every wash. I stick them back on before each class. I mean, what’s the point of being a three-stripe white belt if no-one knows about it?