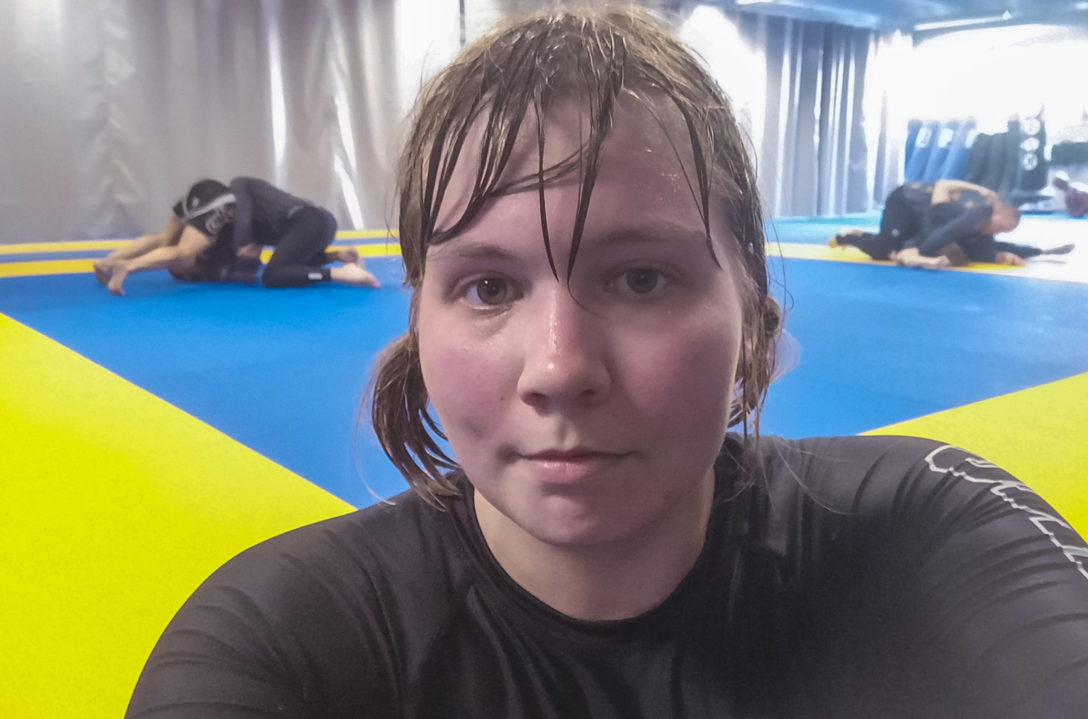 My last holiday week, I ticked of two Open Mats for the price of one. One at Gladiator Factory in Kuopio, Eastern Finland, and the other at GB Gym in good old Eastern Helsinki. And I returned to a floating obstacle course I totally bossed this year.

I first went to this lair of leg-locking beasts in April. As a day-trip from the summer cabin, I got to attend a summery no-gi class there that ended up being warm-ups and an hour of sparring – which I didn’t mind. I was not the only visitor – some no-gi practitioners had jumped in a Corolla from the city of Joensuu and were also present. 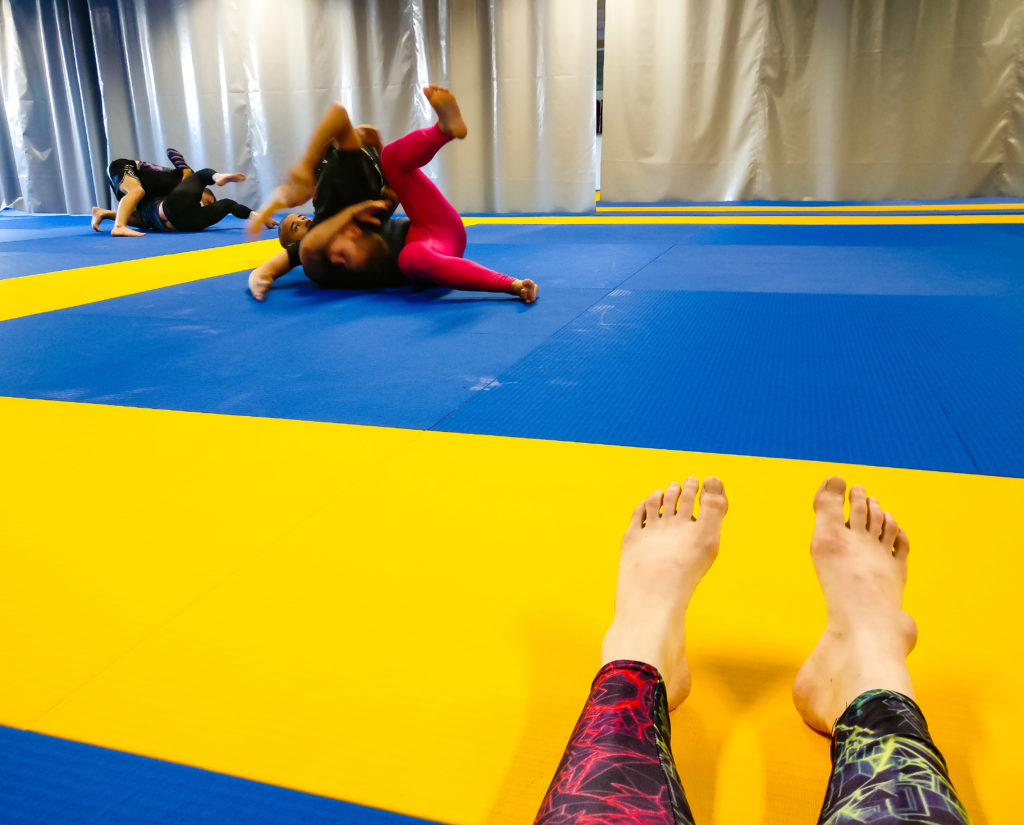 I tried to concentrate on takedowns and even got some to work. Highlights of the session included rolling with a purple belt who is substantially heavier than me. There are classes where I am the largest person attending among all genders, so it was a nice change to feel small. Some partners rolled with all of their might – others, primarily higher belts, were decent in not finishing their submissions and apparently practiced some other forms of magic on me. I enjoyed myself, even though I ended up telling my tumour story to a curious rolling partner who turned out to be a doctor. All in all, this was a good day.

There is a spa hotel close to the summer cabin. One of its swimming pools houses an inflatable obstacle course. In July 2018 I tried to cross the course, and didn’t. My upper body and arms just weren’t strong enough.

July 2019, two days after the Kuopio open mat, I go back to the spa. I get through the obstacle course! Huffing and puffing and a lot slower than the local kids sweeping past, but I do. Looks like BJJ and Boring Gym have made at least some difference.

Sunday back in Helsinki. I’ve now been to the monthly Open Mat enough times to recognise some people. I get coached by some rolling partners. I get commended on my improvement compared to a previous visit. I get recognised by the highest-ranking black belt in Finland – we went to the same secondary school. And I bump into another person who went to that school too – and might have been on nursing shift the day I had my brain surgery, years later! I wonder what’s wrong with our town, that it turns people to combat sports at some point in their lives.

I forget to tell a purple belt about my spinal cord injury, then blurt it out as he is about to throw me over himself with him in guard. “You could have said that before sparring.” He’s right, I could have. Most people just don’t try that throw. I suppose I just got scared.

I submit someone with a super sneaky Americana after he has countered my common-or-garden-variation of the technique. Wow, I’m actually learning stuff.

What a week. Got to learn a lot, and even to succeed a little.