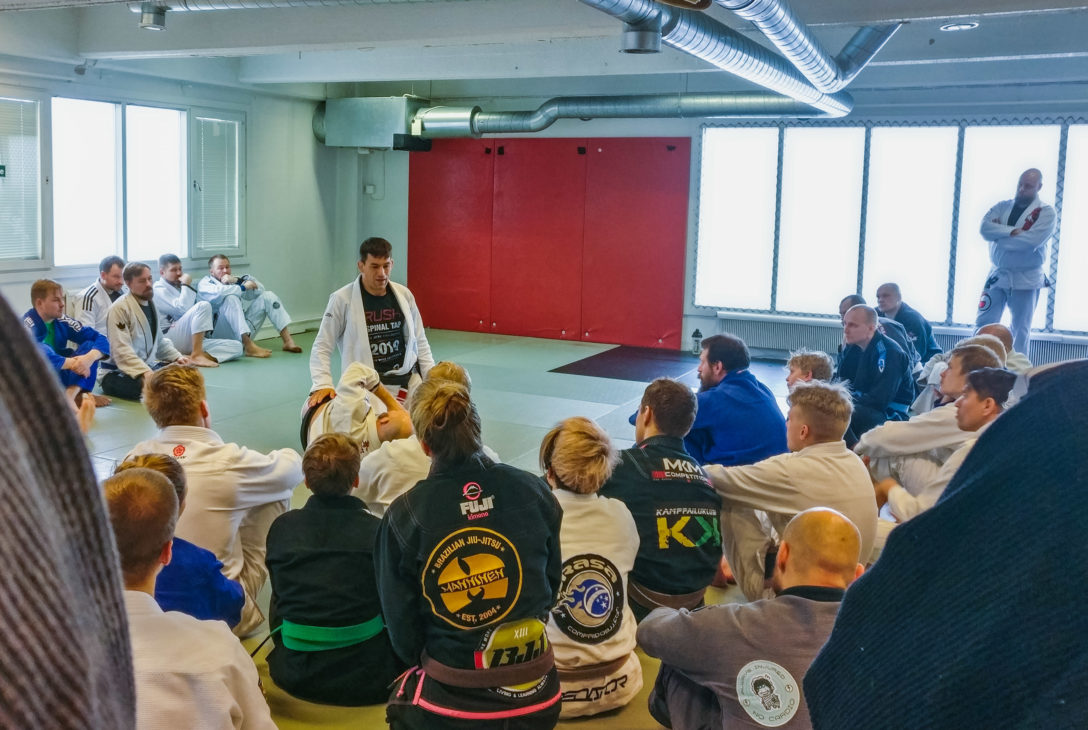 I started my February with attending My First Jiu-Jitsu Camp. So after being ill for almost all of the rest of February, it was only logical to start March with attending my first BJJ seminar, right?

Well, I did, even though I wasn’t sure who Demian Maia was (apart from being my coach’s friend and someone decent at the hitting-kicking-wrestling game). I was trying not to get pneumonia after all the respiratory infections I collected in February, so I also very bravely attended the seminar from the sidelines in my rainbow-decorated black t-shirt dress. At least I looked cute.

Devil in the Details & Over My Head

“How are you doing Sohvi? Does it all just go –” Coach made a gesture of something flying over his head as he walked past me. Most of the dozens of people attending the seminar at our small gym were drilling Maia’s takedown tips, I was squeezed against the wall with a student in a flannel shirt and jeans who was recovering from bronchitis.

“Well, yeah. But I figured it might”, I said. Coach said something reassuring about techniques needing to be witnessed many times before they sink in. I quipped back something semi-clever about no-one promising me BJJ would be easy.

I didn’t stress about not committing Maia’s technical advice to memory, but tried to write down some fundamental ideas. I’ll return to them after some time and check if I actually got anything.

I knew that sometimes when Important BJJ People come to visit, people might receive upgrades to their belts. I had not expected that it would happen after the seminar. And I did not expect I would cry. Except I should have seen that coming, I cry at the drop of a hat. Having my coach saying beautiful things about the two people receiving their black belts did touch me deeply. Possibly because I already know that no-one makes it to black belt by accident. You need to have been dedicated to the art for awhile, and it felt touching for people to receive recognition for their hard work. 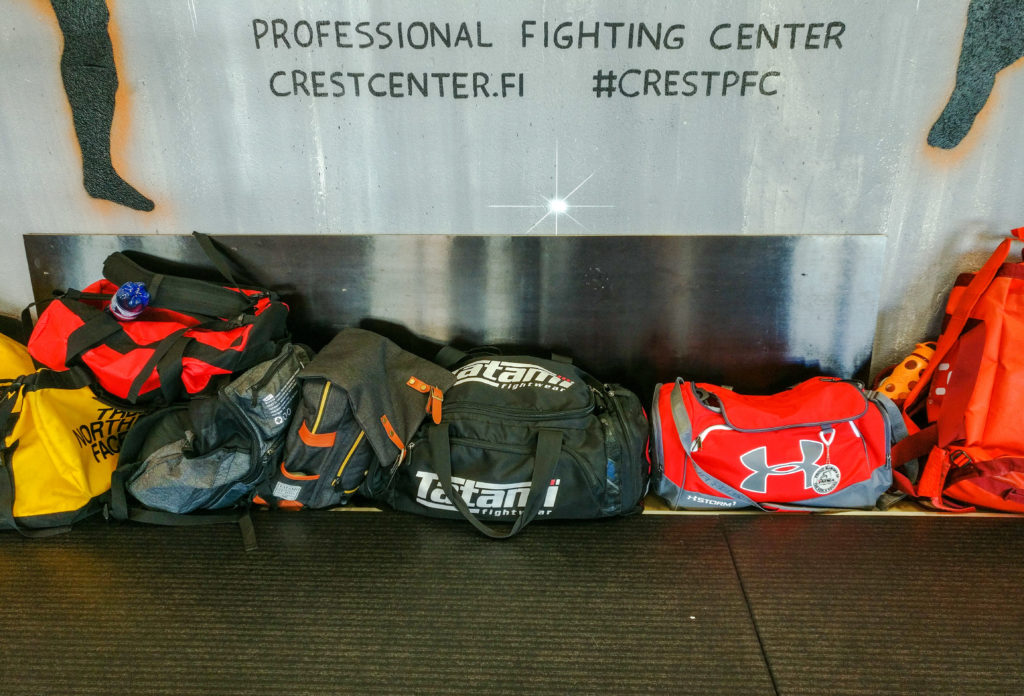 Also, Maia mentioned how helpful good training partners are for people’s progress in BJJ. It’s good to have decent people in your gym who know how to communicate and are able to offer resistance when you need it. That the practitioners being graduated were also commended on their helpfulness and attitude was probably the other reason I got teary. It’s nice that you don’t need to become a ruthless killer to be a respected member of the BJJ community. As someone who will probably always identify as a survivor and never as a fighter, it makes me feel all tingly inside.

So, seminars: they are cool, I must attend some more when I get bit better. Hopefully I will be able to actually roll at the next one.