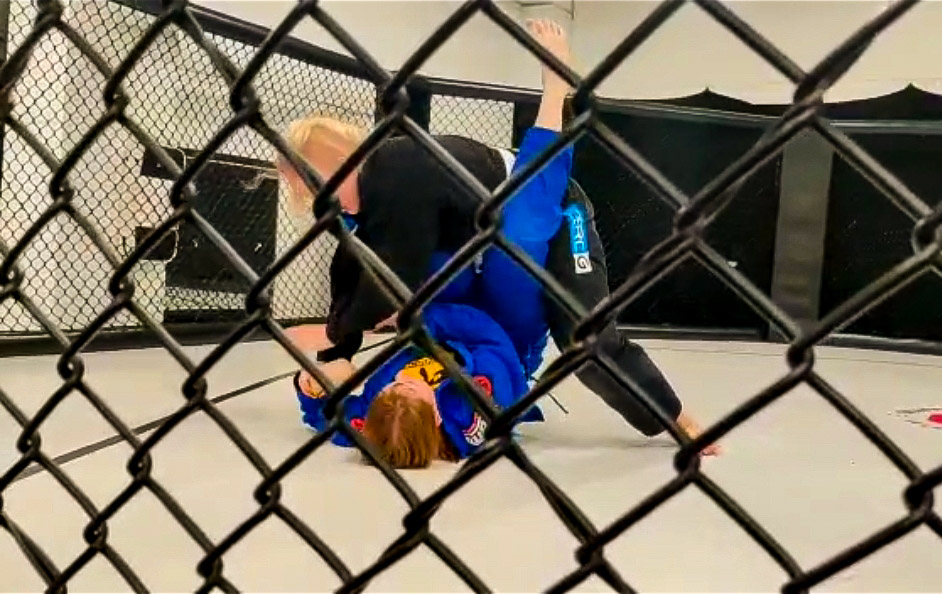 My gym is so tough we have separate class for competition preparation. It normally doesn’t include group drills but does include getting the crap kicked out of you for two hours. The first time I mentioned attending Comp Class, Coach warned that it’s hard over there. Like yeah, I’d figured that out, thanks.

The Summer comp classes I had attended had been a bit less strenuous, but the Monday before my second competition The Class Of Doom was in full swing again. 2 hours of hard positional sparring minus warm-up made me very humble indeed. I think I only got one Americana on a very fresh white belt, and was all in all just pretty grateful to be alive after class finished.

“That went pretty well”, coach said to me afterwards.

“Well, you just went through two hours of very hard training. Not everyone could do that.”

If you say so, Coach.

I, ahem, lost both of my matches again, being the fourth out of four participants in my bracket again. I was not upset after losing my first match to Anna-Kaisa, a strong and accomplished four-stripe white belt I had been warned was good. It would have been nice to hold on a bit longer than 90 seconds after she choked me from behind, but them’s the breaks. I was glad I 1) managed to pull guard and not be taken down and 2) had the sense of not letting Ansku establish knee on belly. She said something reassuring about me being a tough cookie after I had tapped, which was pretty nice.

The second loss did made me a bit upset, just for a minute. Katriina is strong and determined and was at her first competition, having done BJJ for 6 months. In theory, I could have let her pull guard, then pass and establish side control and get an Americana or Kimura.

Well, Katriina swept me after pulling guard and that was that. My proudest moment was that at least I managed to keep her in some sort of open guard for a bit. I tapped after 140 seconds and was really happy for Katriina’s win. Then I sulked a bit at the edge of the mat for being so shit at jiu-jitsu, when it is something I love to do.

But again, I should cut myself some slack. I’m thirty the day I write this, I’ve only done serious exercise for a year out of my own life. I have a sensory disability, for fuck’s sake, and I’ve never competed in anything! Of course this stuff takes time to get used to. “You getting a win is really close, maybe even next time”, Sakke said afterwards, and I admit that that sounds hard to believe (except if the opponent is very small). But on the other hand, he would not have any incentive to give me lies.

And maybe I never become a good competitor. That’s okay too. But I want to get better at BJJ and competing seems to make me want to try harder to improve, so compete I shall. Maybe not this year again though. 🙂

I was at comp class again today. I sucked at most of the back control stuff but was there. Embrace the grind etc.