I made it through one competition class and women’s class (with added non-binary fortification in me) this week, then headed south again. Tartu was calling once again, good luck Võimla has Open Mat on Saturdays.

We arrived in Estonia’s cutest, smartest, funkiest and smallest large city on Friday. I spent Saturday morning in the science centre Ahhaa! with Partner and three Latvians (don’t ask). Then I walked to The BJJ & MMA Gym of the city, eating a vegan fake meat wrap and an apple on the way for lunch (yep, fake meat has reached Estonia now too). 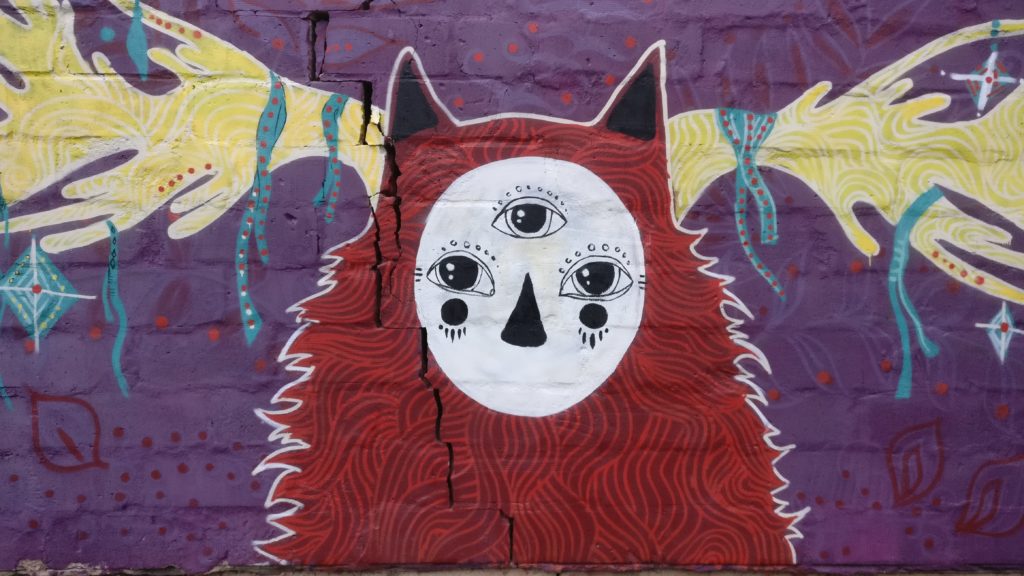 I walked onto the mat in my trusty Crest gi. Everyone else was in no-gi gear. So my gi and belt got to take a break in the corner of the gym during the Open Mat. That was more than fine, I had attended almost only gi classes at home for weeks. It’s good to every now and then lose the collars, sleeves, belts and trouser legs you can use to manouvre your opponent in the gi.

Something very odd happened at the Open Mat: I did not get submitted 10 times every single round! I did get submitted some of course, and rolling partners pulled some very impressive Estonian magic on me we don’t use that much back home. I was especially happy to have dropped by during Open Mat because last time I visited, the class only included technique. Everyone I rolled with had their own strengths of course, but especially some very impressive guard work and back takes happened. A couple of my trusty strategies, like resting in turtle or hunting an easy Americana, weren’t very helpful. This is why it’s good to visit other gyms, if you can: it gives perspective and works against stagnation.

Some impromptu drilling happened. Sirla Cool, aka The Original Glitter Princess I’d got to meet twice before was present and helped me to understand triangles a bit better. I think I finally cracked putting my first leg on the proper side of my opponent. Watching her showing a new white belt some moves was stimulating as well. 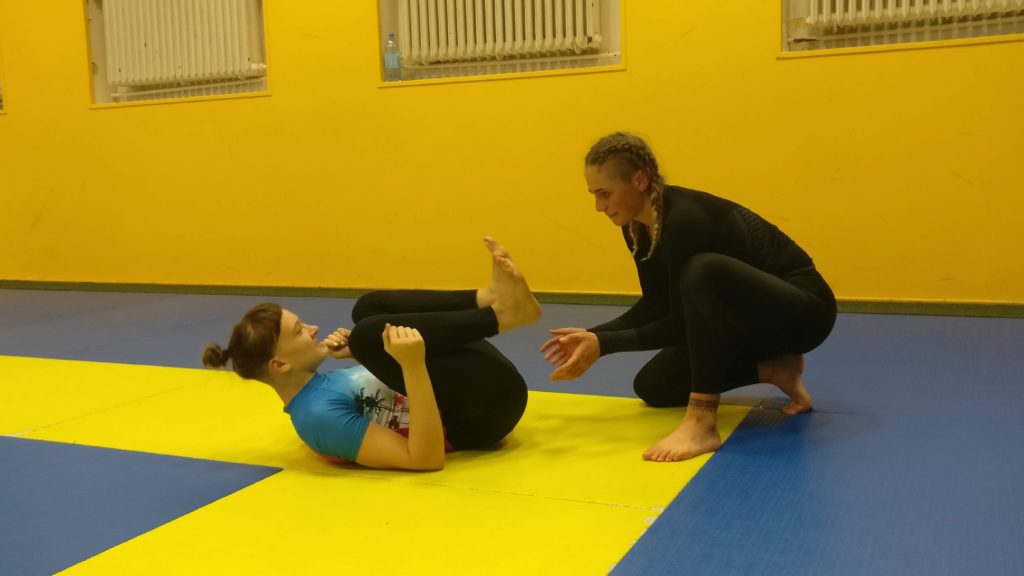 I also got tips from the other friendly Estonians, about grip breaks and preventing opponent’s escaping from my back control and how not to mess up escaping from someone else’s closed guard. I wrote down everything I remembered later and will try them out a bit more later.

The feature image of this post is what it is because some literal drilling also ensued during the Open Mat. Gym members started to secure panels holding extra mats in place with the literal drill and fancy megatape and other DIY items. This scene was very charming and dynamic, although I was also grateful I wasn’t expected to help.

Thanks again, Võimla. I’ll probably be back next March.