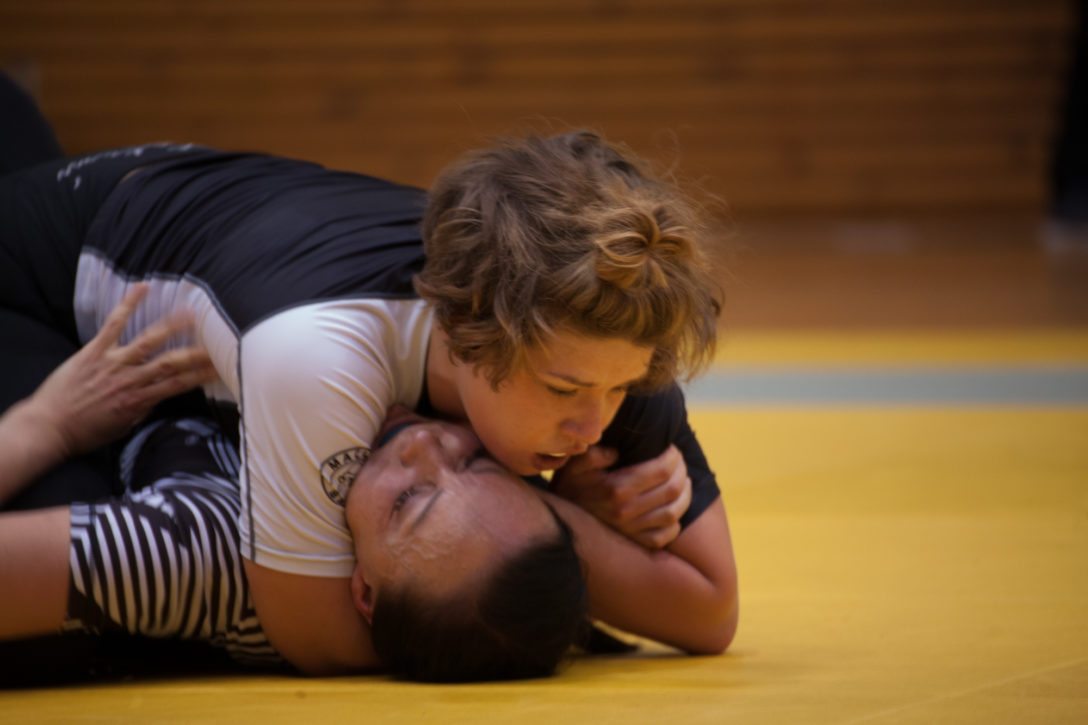 “Are you going to watch the No-Gi Finnish Open and do you have a camera?” a training partner asked. I said no, the one I had is yet to be replaced. “I’ll lend you mine so you can photograph at the event”, was the reply. And that was that.

There Goes the Weekend

Laura and Liisi from 3D Treening had asked to stay with us for the No-Gi Finnish Open. They were, as suspected, a delight and a joy to have as houseguests. Laura has been doing this BJJ blogging thing far longer than me and Estonian speakers can read about her No-Gi FO 2019 here. There were also 10 training partners from Crest competing at the tournament, so I had plenty of reason to watch matches for all of Saturday and most of Sunday.

I used to love photography, when I still owned a camera. I don’t think I’ll ever become the kind of cool sports photographer who hunts slick action shots of hip throws and somersaults. But jiu-jitsu competitions offer a wonderful possibility to study people. People giving their all and winning, or giving their all and still losing. People fearing for their friend’s health or ego, and people bumping cheerfully into old acquaintances. And occasionally I saw some pretty amazing execution of BJJ techniques. Like a guillotine making a contestant tap in under 30 seconds. Luckily I had decided to only photograph training partners, friends and interesting things. Otherwise I would have lost my mind pretty early in the weekend.

I want to share some moments with you from the weekend, in photographs.

One. The Wedding Guest Who Got a Medal

Two. Best Outfit on a Beast

Three. Happy to Win and to Lose

Four. That Feeling When…

This weekend was exhilarating and emotional and draining and lovely. I felt proud for all my teammates or friends again, regardless if they won or lost. Competing is usually pretty fucking hard, anyone who puts themselves out there on the mat fills me with awe.

I almost got exited to compete again myself. Though I might have changed my mind by the time I’m actually supposed to be doing it. 😀