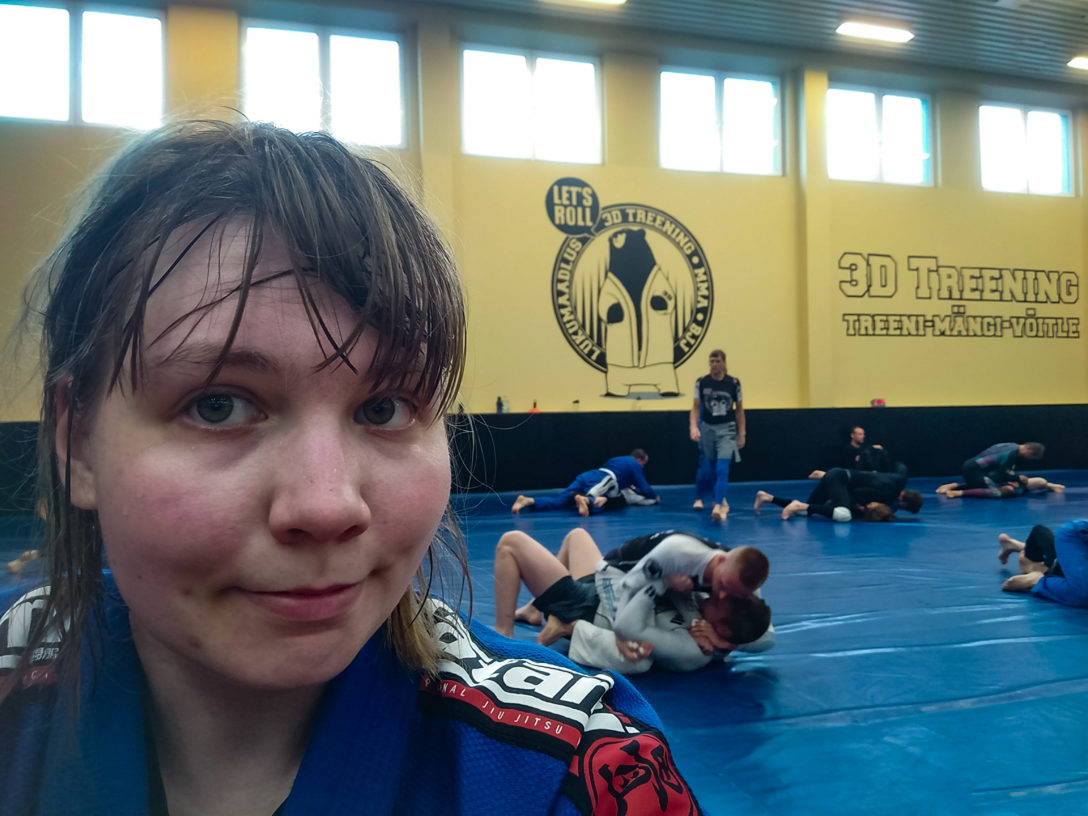 My annual holiday started, so I went to spend some time in Tallinn and trained at good old 3D Treening again.

I keep returning to 3D Treening, the Tallinn gym with the adorable bear logo fronted by Priit Mihkelson. Priit’s system-based BJJ approach has been gaining some traction lately, judging by the amount of travelling the man is doing to different seminars and camps across the globe. For someone like me, even his whitebelt students offer enough challenge, as I was reminded again during my stay in Tallinn.

Sunday
It was day two of The Estonian Song and Dance Festival, and I did the decent thing of leaving the 7-hour concert after a couple of hours to try my luck at 3D Treenings open mat. I had been warned that attendance might be scarce due to it being summer and all, but lo, around ten people had turned up. Liisi Vaht kept getting my arms all the time during our roll, off course. They don’t call her The Arm Collector for nothing.

Mairon Lepik, head coach of BJJ Haapsalu, also offered a nice display of putting me in my place without apparently needing to use any strength at all – even though I’m much heavier than him. Rolling with higher belts can be humbling in all the best ways, especially when the people in question are friendly, too.

After the open mat, I hurried back to Kadriorg, where I managed to catch the last of the Song Festival. Partner had sat through all seven hours of it and was elated.

Monday
Partner went to Saaremaa. I stayed in Tallinn. I went back to 3D for evening classes and Liisi guided me to attend Armin’s basic group’s drilling class.

They do things differently at 3D Treening. At my gym, classes are not divided according to belts and stripes. Once you’ve survived a beginner’s course, you might be drilling with anyone from white to brown belt. At 3D, frequently white belts with 0 or 1 stripe are in one class, white belts up to 4 stripes in another, and coloured belts in a third groups. It made for a nice change to what I’m used to in class, especially as during sparring everyone rolls together anyway.

The basic group was busy with turtle escapes. Which was brilliant, as my only technique to continuing from turtle has thus far been shooting straight forward – and that has tended to work only in no-gi. Now I know that, depending whether your opponent is in front of your hipbone or behind it, you can either

a) roll over one shoulder

b) spin around and underhook an arm

ending up in closed guard. Did I get this to work? Of course not. But at least I learned what I should be doing. Must just drill more. And the other students at the class fixed my turtle into a bona fide Priit Mihkelson turtle (legs wider with toes on the mat, elbows against hips), which might benefit me later.

Tuesday
I found myself in the class for the 0 to 1 striped white belts, i.e. my supposed own level. Of course, drilling different side control escapes was complicated enough for me as it was. But I think I have now properly learned to defend kimuras and armbars by straightening my arm, not just flailing around hopelessly.

I sparred for a couple of rounds, one of them with a very diminutive student I felt frankly sorry for. There is only so much technique can do when I have tens of kilos on someone. Oh, and I forgot all takedowns when Laura tried to coach me to try some. After I returned home, I remembered at least three of them at our comp class. Typical.

This is an unpaid reminder to go 1) visit other gyms 2) visit especially 3D Treening if you are in Estonia and into BJJ. Over and out. 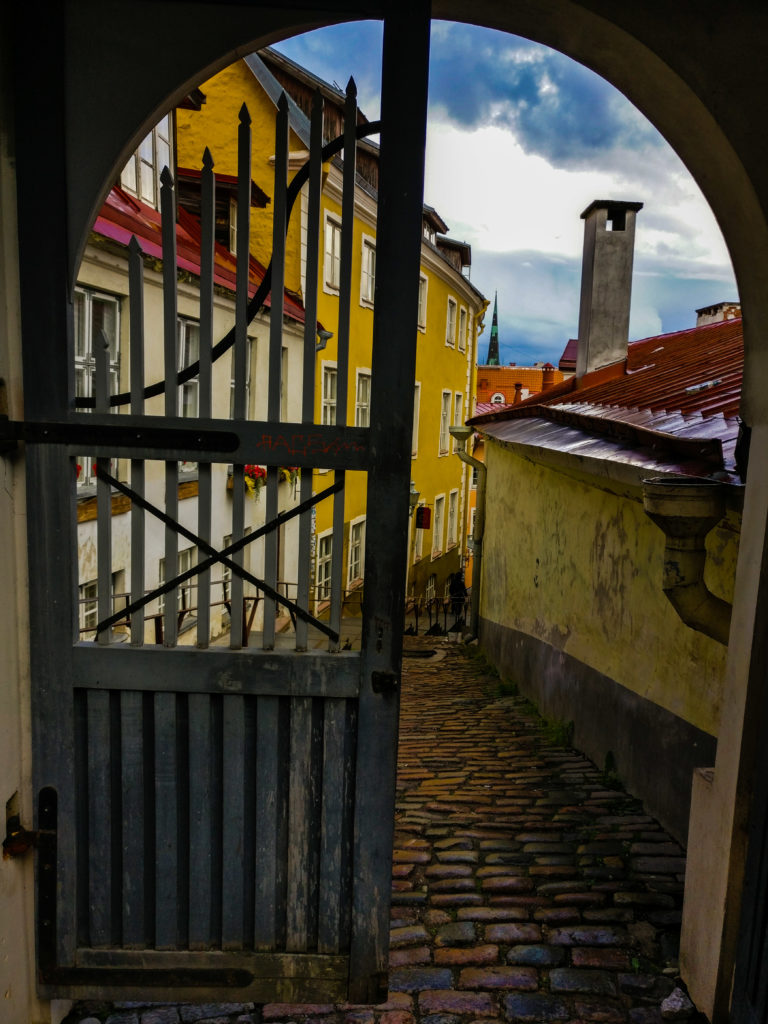