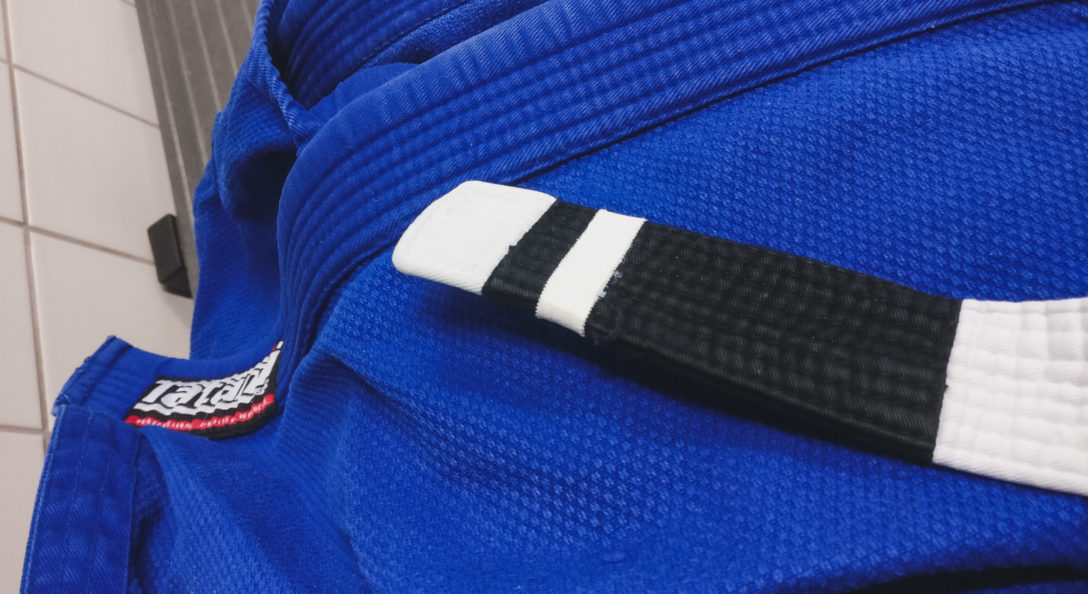 After losing all three matches I got at Nokia BJJ Open at the end of November 2019, I decided I wanted to write about my personal reasons for competing. In a nutshell: it’s about so much more than winning, and I want to get better at jiu-jitsu.

I have now lost 7 out of 7 of my matches (and gotten one walkover win, as in the opponent didn’t turn up). Plenty of BJJ practitioners I know have stopped competing after shorter losing streaks than that. So why on earth haven’t I wisened up yet and stopped signing up to tournaments?

I feel I get a lot out of competing even without the medals. If I was a more competitive soul, I would probably prepare a lot better for competitions. Because let’s face it, I could do a lot more than I have done. Train 8 times a week. Improve my diet further. Do extra cardio and strength training. Drill far more than I currently do. But BJJ is my hobby and I tend not to feel any shame in losing, so I find little sense in burning myself out just because there is a competition coming up. I find it lovely that BJJ is such a small sport in my part of the world that you don’t have to jump through too many hoops to compete. If not the competing itself, the feeling after surviving a match is far too great to be left just to the most hardcore athletes.

“You win or you learn”, is the cliché all BJJ competitors have heard. My feeling is that competing and preparing for it has escalated my learning of jiu-jitsu dramatically. Don’t get me wrong, I’m still a white belt buffoon who forgets techniques that were shown to them the day before. And yet, getting my arse handed to me in a match by someone going full blast has offered some great epiphanies. For example, I realised my lack of a stand-up game eroded my self-confidence after I was taken down or swept by an opponent pulling guard too many times. And it let to me taking conscious step to improve by footwork and balance.

Also, in Nokia my corner-woman Venla tried to instruct me during a match that I should transition from being mounted to bottom half guard. I had no idea what she meant and stayed stuck beneath my opponent for four minutes in total. She won by points (I was still somewhat glad that I wasn’t submitted). Before the next match, Venla showed me the technique, and I was able to pull it off in the next match! Yeah, I know that letting the opponent even get to mount isn’t great, but we all need to start somewhere. I also finally understood how to escape from Americanas after getting submitted by one in a match. Maybe other people learn stuff like that during rolling, but as competing seems to make me improve, I’m going to keep doing it whenever I have the time and my body does not protest too much.

Who knows, maybe some day my arm is raised and it’s not just because my opponent didn’t make it to the mat.  If that happens, it’s probably because I have become better at BJJ and learned to harness my nerves and my sometimes unreliable body. I have never been driven by wanting to be the best and don’t think I ever will. And that is okay.