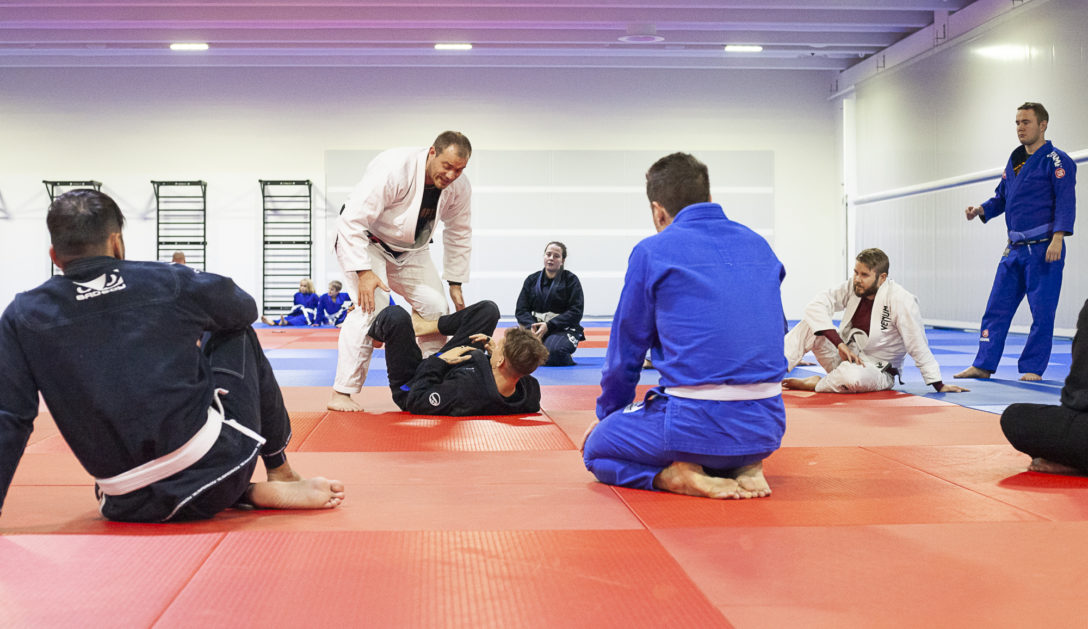 This Spring I’ve been training pretty consistently, even when I have written about it less. With work, intermittent volunteering due to Russian’s invasion of Ukraine, and some open university courses I decided to do for my sins, I decided it was more important to get the mat hours in than to make sure every month was zealously documented. Now, however, I find it’s a good time to tell you about my right big toe. And also about how BJJ’s going.

The Zombie Toe has Risen

As you may remember, in September I decided to fight against a takedown attempt and fractured three bones in my ankle (in an ordinary Tuesday class, so save the heroism for tournaments and comp class, kids). I had also torn a ligament for good measure, but the triple combo prise only revealed itself in the 2-week post-op check-up. My big toe did not move upwards at all, no matter how hard I willed it to move. I was referred to a cli-ni-cal neu-ro-phy-si-o-lo-gist, who did the following:

“From the fracture, you have peripheral nerve damage on the outside of your knee, affecting the toe. These injuries have a tendency to improve, just very slowly”, I was told. I admit living with a spinal cord injury has made me a bit cynical, so when I started walking again, I resorted to taping the toe to its neighbours and not thinking about the entire thing too much.

Don’t know if you’ve ever had your big toe taken out of action, but it sucks far more than you’d think. As it refused to move upwards, it would sometimes get stuck under my foot, making me trip. The toe also affects balance quite a bit, maybe even more than on average with someone like me who cannot feel their legs perfectly. When I started to train very carefully again in late 2021, the toe felt a lot weirder than my poor ankle. I remember doing side rolls and finding it difficult to create momentum with one toe basically being a walking corpse.

Reader: it got better. Around April, I managed to move the toe a couple on millimetres on its own. It felt very much like a milestone. At the time of writing, my nerves are still healing but the toe has started to move noticeably and doesn’t appear to hinder my rolling. I don’t do life lessons, but I guess I want to say that sometimes being patient with your body does pay off.
Oh, and having a screw taken out of your bone with just local anaesthetic hurts really oddly. I experienced that in April and now understand when patients with cancer in their bones report that it can cause physical pain. The procedure did help with my ankle mobility though, so I’m not complaining.

If you stick with BJJ, you get to live through periods of feeling like you’ve understood what this entire thing is all about, and also periods where you are just overwhelmed and a bit lost. I think I’ve been more in the latter this Spring, BUT I do not feel too bad about it.

Not a lot of techniques taught in the past months have made their way into my sparring repertoire. I’ve slacked on making written notes after class and it shows, I feel. Some concepts and fine-tuning of familiar techniques have sunk in a bit better. During the past year, I finally discovered framing and the way it gives slow broken me some extra seconds to decide on my next move. I’ve also become better at being aware of my opponent’s balance when we are on the ground and how to disrupt it. At the very least I’m less trying to make fetch happen. As in, if someone has a solid base or a good counter against what I’m attempting, I’ll switch to trying something else. It’s one way to celebrate progress, knowing enough to recognise a specific act, or several, you could perform in a given position.

Having the potential to perform and succeeding are of course two very different things. Due to the ankle-toe situation, I’ve pulled guard more or started from the ground. It means I’ve spent more time holding people in the closed guard than pre-injury. It’s frustrating when I try, really try, to get armbars or triangles or anything else than a lucky pendulum sweep that never materialises. The silliest thing I’ve started to do from there is to go for an omoplata even when I never remember during live rolling how to finish it. Maybe it can be My Thing some day when my belt is hopefully no longer white.

Regardless of all this fucking about, I’ve really had fun training this spring. Recent highlights have included realising everything I thought I knew about getting to mount was WRONG and a LIE (when actually you should go knee first more often than not, aiming for the opponent’s armpit), and seeing an over-underpass for the first time in my life.

I’ve also been finally able to visit other gyms after years of pandemic isolation. I’ve been to Gladiator Factory in Kuopio, Loop’s open mats in Helsinki and good old Võimla in Tartu. It’s been really nice to expose myself to different training environments, as they all have a bit of their own feel and curriculum emphasis. Besides, going away also means that in the end I can always come back to my own gym, Buli.

Coach, if you’re reading this, five people have now told me I would have gotten a stripe if I had not been out of town during the graduation. I’ve had just the one since 2019, and technically still do as in this vey serious sport/art, it is the job of the coach to decide where and when they see fit to stick pieces of sports tape on the practitioner’s belt that fall off in every class if you don’t secure them. I’ll continue rolling with just the one for now.
My major motivator in jiu-jitsu is not external validation, but I’m sure all of us like the acknowledgement that we’ve become better (or less bad) at something we care about. Besides, I was convinced my BJJ has improved in the 360 hours I’ve clocked in since I last got a stripe, so it’s nice to get confirmation I’m not the only one feeling it.

Also, upper belts I have rolled with for the first time in a while have the knack of being really nice while still making me realise how little I know.

“I was going to start really carefully but you’ve improved so much I need to try a bit harder”, says one and traps me in side control.

“Sohvi, when did you learn you how to grapple?”, says another 5 seconds before passing my guard.

“It’s like rolling with an entirely different person compared to what you’ve been like when you started”, a third says and shakes their head.

Of course these people were being nice, but it still warmed my heart.

What we have learned

I can’t claim we’ve learned too much, but maybe these two things.
1) sometimes a situation improves if you let time do it job (my toe and nerves still regenerating)
2) other times things get better with time + doing what you can to get better yourself (BJJ, where I progress slower than many others but still do)

I have cool stuff coming up this summer, a Globetrotters camp in Pärnu and finally rolling at the gym in my hometown and other plans. If you ran into me in a gym in Finland or Estonia, come say hi. I’m the massive smiley one who cannot braid their long hair and happily sits down for every roll.

If you want to run into me elsewhere  on the Internet, I’m a lot on Instagram. Content is 75% being puzzled by training, 20% trying to ruin other BJJ people’s fun with my intersectional queer feminist human rights-based reality tunnel & 5% animals I’ve met.