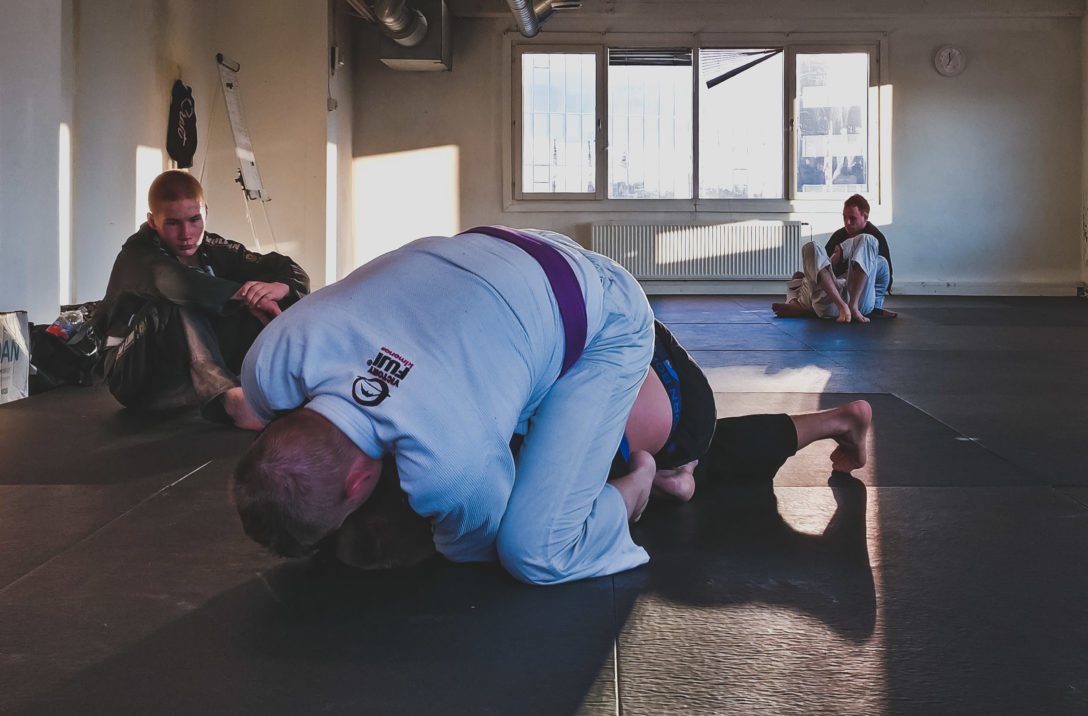 I was supposed to compete all on my lonesome in my second BJJ tournament the past Saturday, but my body had other plans. I would be more disheartened if there weren’t other comps coming up.

I did a comp class again

Monday’s comp class is overwhelming to me but makes me feel determined as well. I can’t do the cartwheels or handstands our instructors would like us to perform. But I’m not embarrassed that I’m no acrobat yet, and none of my training partners have indicated that comp class is not meant for someone like me.  Besides, without the comp class I would be worse at preparing for actual tournaments. At comp class, training partners spar like they mean it, and that is good, it helps me to prepare for facing opponents at tournaments.

Everyone at the class wipes the floor with me. But the only one who submits me is the teenaged white belt. “It’s because he still has the guts to take risks”, the instructor says. “Those competing upper belts are more into securing their position.”

I will keep showing up for comp class every now and then, even if my conditioning leaves a bit to be desired. Hard sparring & the possibility to drill your own thing is benificial enough.

By Wednesday’s class, my breath is wheezing during the warm-ups, and by Friday I both cut my workday short and cancel my enrollment for the Tylypahka Open in Tampere. I would have been glad for the competition experience and the change of testing myself again. Of course, health comes first, and already lived through one influenza this year. So rest it is for a bit.

I signed up for the Tampere comp solely for the experience. No-one else in my gym ended up signing up, and everyone I was comfortable asking to join me had other stuff to do. I had been completely prepared to attend the tournament on my own. Many competitors prefer to have others with them, and not just so they can have someone cornering them (providing instruction during the match). The moral support and massages and water bottle fillers are an indelible part of tournaments. But as I 1) had no goals for success and 2) am used to doing stuff on my own, I just wanted to go and compete. It would, again, have made for a good anecdote: the time I competed for the second time ever and rode into town solo.

Some jiu-jitsu mutuals were sorry to hear I got ill, a couple were relieved as the idea of me competing alone sounded less than ideal to them. Maybe it was, but I wasn’t there and have already signed up for another tournament next month in Helsinki. So that’s that. I really hope I get to be fighting fit for the next comp, as I want to see if I actually can execute anything I’ve learned that time. Until then, it’s trying to get healthy again and to train in moderation.