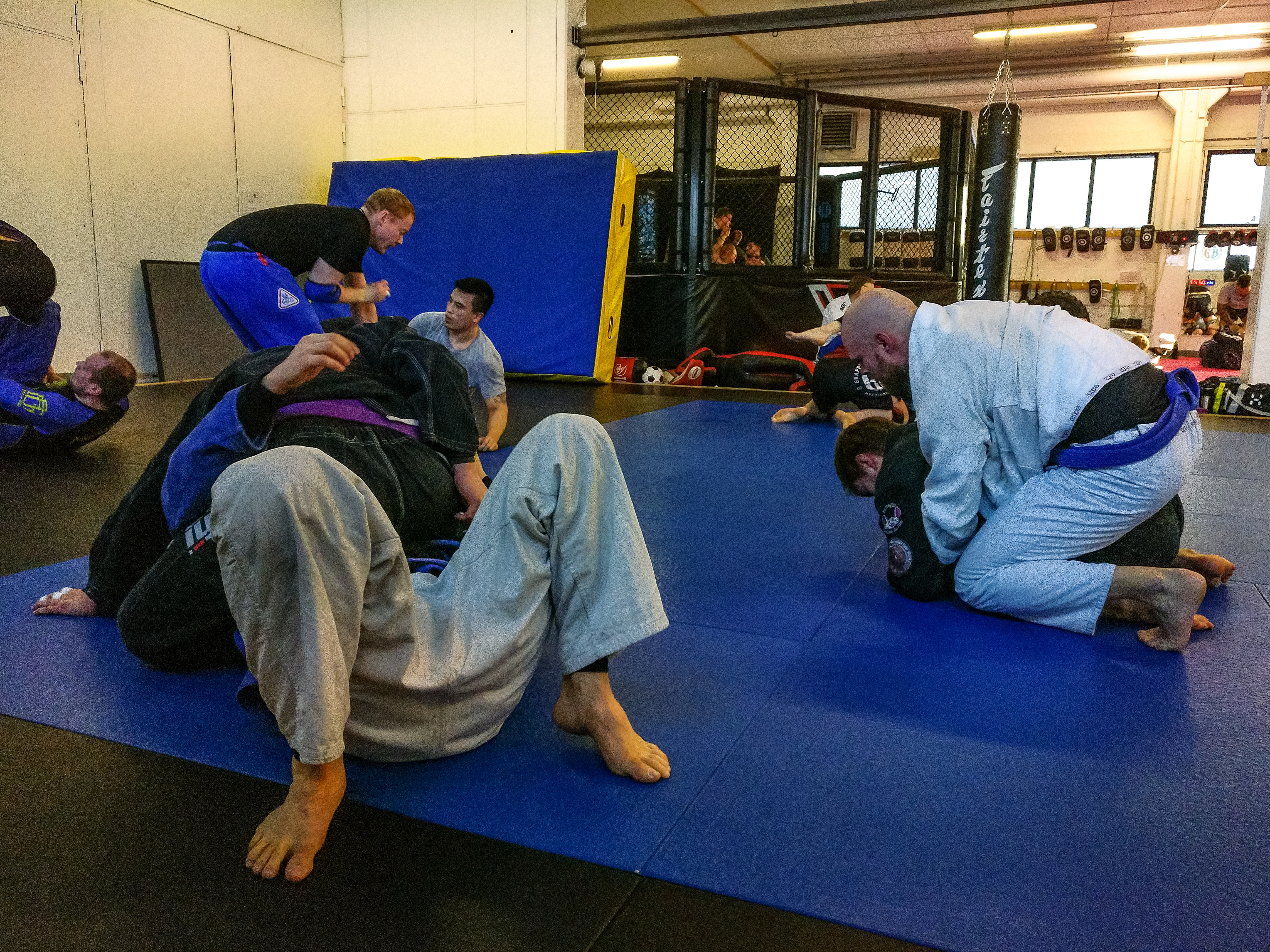 After two interesting classes at my own gym, I was supposed to be writing about everything I still can’t do. Like the dreaded straight forward roll. But stop the press: I just went and attended my first Open Mat, at another gym no less. As an experience, it was both entertaining and very useful.

For those not in the know, an Open Mat means you can show up to the gym at the same time other people know to show up as well. It’s like class without an instructor. At some gyms, open mat time is mainly used for sparring (as in practising combat), at others attendants can also use the time for drilling (going through techniques in order to commit them to muscle memory). When Facebook informed me that an open mat would take place at an Eastern Helsinki Gym, I decided to challenge myself by showing my face there. The worst that could happen would be that afterwards, two gyms in Helsinki would know I know very little jiu jitsu. Which is supposed to be the case anyway with a stripeless white belt, so no worries.

Walking down the stairs to GB Gym’s training area, I could hardly decide where to look. Dozens of people where rolling on a large mat space, most in gi, in 5-minute rounds. After collecting my bearings I said hi to Cool Leena The Tattoo Artist from my own gym, who had just won gold at the European championships in Lissabon. She was sitting at the edge of the mat and told me to just get in there.

So I rolled for 45 minutes, though I still had to catch my breath every now and then for a round. My cardio has improved, but occasionally it just felt fun to watch for a bit. I got to do my rolling with friendly people who were all willing to give me feedback and advice. I suppose this is the benefit of an open mat: you get to put your (in my case, very limited) skill palette to the test, and, if you’re lucky, get ideas for improvement.

Also, these are the things my encouraging coach taught me when he had to roll with me on friday:

Next week I’m upping the ante again and attending a Women’s BJJ Camp in Estonia. Yep.