There’s still a bit of a pandemic going round, so my sparring days are pretty limited at the moment. But during the brief respite Finnish contamination statistics offered during the summer, I managed to roll with a game plan. Or a limited repertoire of techniques, depending on how you look at it.

Techniques in Brazilian jiu-jitsu run into several hundreds and the total number of variations probably lies in the thousands. Outside of competitions, my natural curiosity has led me to approach sparring with trying a bit of whatever, then falling back on the few trusted techniques I know by heart when I get too frustrated. As an exercise for widening my pool of reliable techniques I could pull off without freezing first, I picked two techniques from every basic BJJ position. When sparring, I attempted to use only those techniques for two weeks. Here are the positions I picked and how things worked out.

Me in open guard 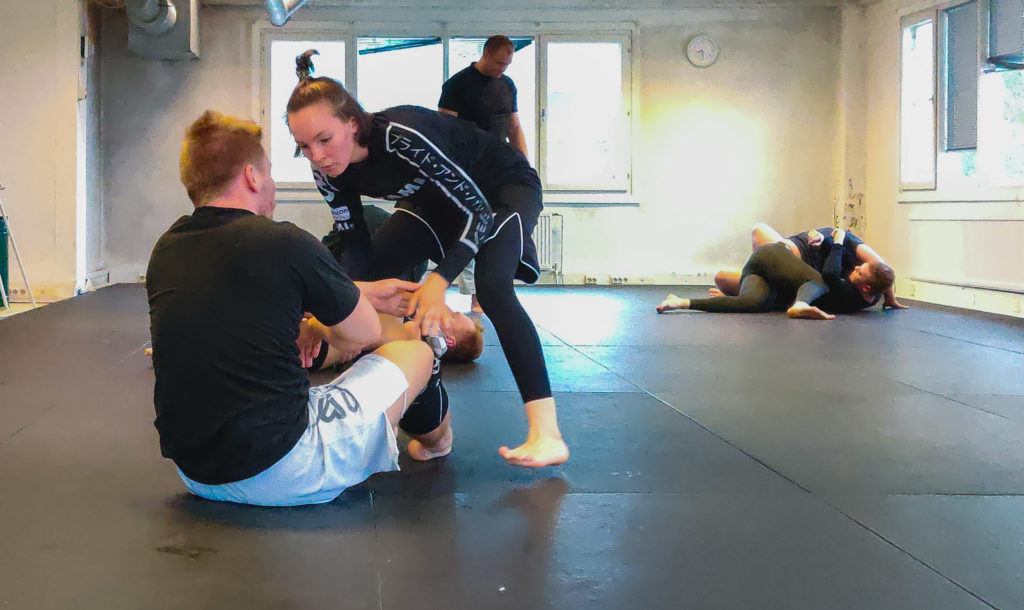 Me being mounted (this still happens way too often)

Me in closed guard (or, the one big people aren’t naturally great at)

Opponent in side control

Me in side control

Me in back control (doesn’t happen often)

What we have learned

If you made it down here, congratulations on your persistence. I rarely get too technical when I write about my BJJ antics, but this experiment I wanted to log for posterity’s sake. If I learned anything from this I realised the following:

So, COVID-19 cases are on a slight increase where I live. Currently purposeful rolling is off the table, as a training partner and me have teamed up to attend classes together 2 metres away from everyone else, not switching partners for the foreseeable future. We have rolled a bit too, but for now my most important goal is not to cause her or myself the sort of injury that would keep us off the mat. This year continues to be very peculiar.