Actually managed to attend both classes, hurrah me. Officially wore the scariest shirt of the class to one of them. 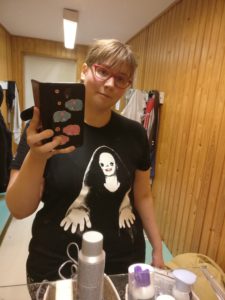 Just realised I’ve made it through half of the course. I’m definitely going to keep doing BJJ after I finish this course.